Police Raid Underground Poker Raid with Links to the Yakuza

Poker is most popular in the USA, but its popularity grows quite big in some surprising countries around the world. Did you know that Japan has a booming poker scene? That goes for both legal online poker and illegal underground poker clubs, one of which was recently raided by the police for alleged links to the Yakuza.

Last week, the Tokyo Metropolitan Police shut down an underground poker club located in Sumida Ward. According to a statement later released by the police, the club was holding illegal poker games that raised money for the notorious crime organization. Allegedly, the poker game busted raised $111,000 for the Yakuza, which is only a fraction of the money raised before it. 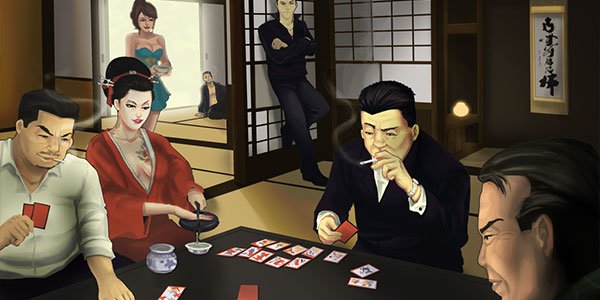 Raid Helped by a Tipoff

The raid wouldn’t have been possible if it wasn’t for an anonymous tipoff. Officers then schemed a plan for the raid and busted the illegal poker game, arresting 4 poker players and 2 female hosts aged 19 and 20. The club’s manager, a 43-year old from Korea, was also arrested. While he denied involvement in the beginning, he later admitted to the charges of running an illegal gambling club.

Besides the arrests, the police also seized a few poker tables, chips, cards, and other poker equipment. The investigation revealed that the club raised well over $100,000 in profit in the past year or so. It also revealed that a fat percentage of that money was given to the Yakuza, Japan’s notorious and oldest crime organization.

For those unaware, the Yakuza holds strong links with Japan’s media sector and is involved in all kinds of illegal activity including drugs and murders. The police can now add illegal poker rings to the growing sheet. It also shows that Japan’s organized crime is linked to unregulated gambling in a time when the country finally allowed licensed casinos.

Japan’s government passed a law in 2018 which allowed regulated casinos to enter the market. Major global players such as Wynn and MGM bid for a license, some of them pulling out of the race due to the COVID-19 pandemic. So far, none of the resorts has obtained a license, putting the regulating gambling industry in Japan in jeopardy.

Furthermore, the man in charge of selection licenses, Tsukasa Akimoto, was arrested in early 2020 on accusations of bribery. Not long after, 21 poker players were arrested when the police stormed an underground gambling club after a series of anonymous tipoffs. The current dynamics in the gambling market in Japan are not stable at all, which opens the door for crime syndicates to seize the market.