During his relatively short life, Stu Ungar was considered to be one of the most naturally gifted poker players in the world. Some would say that Ungar, born in New York in 1953, was the greatest Texas Hold'em player of all time. Whatever your opinion on his poker talents, it's clear that the man they called "the Kid" led a greatly troubled life away from the felt. 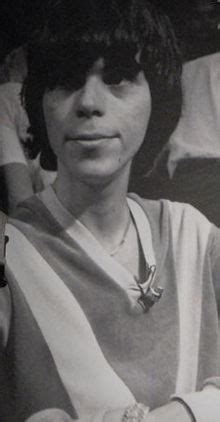 Gambling From an Early Age

Blessed with a genius level IQ and a phenomenal memory, Ungar was exposed to the world of gambling from a young age thanks to his bookmaker father. As a result, he developed a talent for playing cards.

He won his first gin rummy tournament at just 10 years old, and soon dropped out of school to play for a living. By the mid-70s, he was considered one of the top players in New York and in 1977, Ungar moved to Vegas. There he took up poker, since nobody would play him at gin due to his incredible talent for the game.

Not long after moving to Las Vegas, Ungar famously took future Poker Hall of Famer Billy Baxter for $40,000. According to Baxter, such was Ungar's lack of size and stature, a Coca-Cola crate was added to his chair in order for him to reach the table. This lack of height, coupled with his youthful looks, soon earned Ungar the nickname "The Kid".

Rise and Fall of the Kid

No Texas Hold'em event was safe from Stu Ungar during the 1980s. He took down the WSOP Main Event in both 1980 and 1981, before adding the Super Bowl of Poker Main Event championships - then considered the second most prestigious event behind the WSOP - to his growing résumé in 1984, 1988 and 1989.

Unfortunately for Ungar, the 1980s also saw him develop a cocaine addiction. He became hooked shortly after his mother's death in 1979 and much of his tournament winnings were squandered on the drug. He also had a penchant for sports betting and would frequently run up sizeable debts.

In November 1998, Ungar was found dead in a cheap motel. He was aged just 45, had drugs in his system, no assets and a pile of gambling debts. It was a squalid but unsurprising end to the life of a brilliant poker talent.

Despite the obvious tragedy in Stu Ungar's life, he was undoubtedly a prodigious talent. Who knows how many more championships he could have collected, had it not been for his demons? But in spite of the problems, he still amassed a collection of titles to rival that of any other player in the decade. Stu Ungar was added to the Poker Hall of Fame in 2001.