Those Who Can't, Teach (or Become Agents) 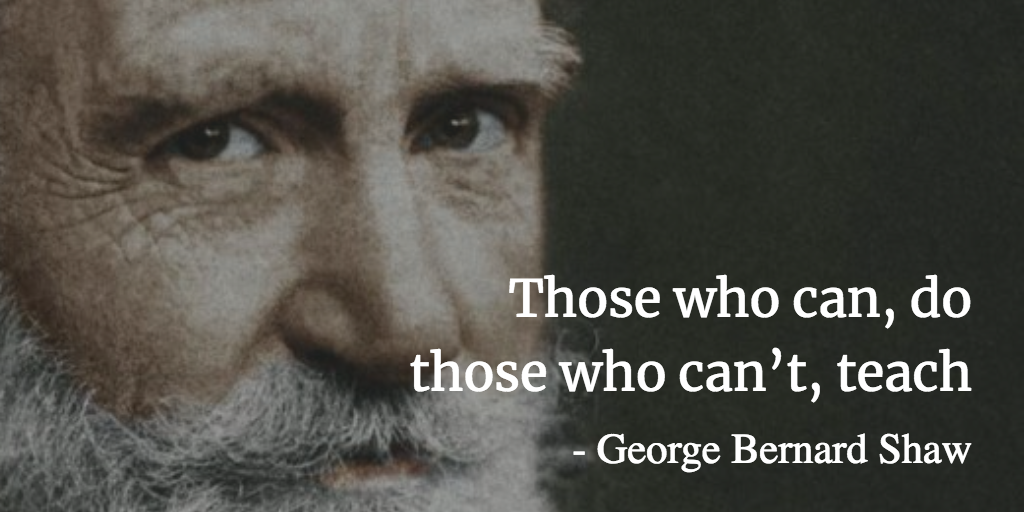 I have played poker now longer than anything else I have ever done prior. I started right around the poker boom in 2003 and have been playing fairly consistently for the past 17 years. That is a near two decade hole in my resume where I have basically done nothing else outside of the poker world and would preclude me from pursing any other profession. But now I find myself in an interesting position as becoming an agent for online poker clubs has left me not needing to play for any part of my income as my work garners for both my family and I enough money to live. While this is a situation that many players would very much welcome, I can only describe how I feel as ambivalent. The truth of the matter is that I do not wish to stop playing as I still really enjoy the game. But more than that is the fact that I do plan on continuing to be an agent and I do not feel I can perform that task effectively if I were not only still playing, but winning to a certain extent. Otherwise I am just some guy spamming my friends on social media, pushing a product that I have no personal knowledge of whether or not it can even be beaten. If I am no longer a player, there would be no legitimacy to what I do.

I lived in Las Vegas from 2006 to 2011 and towards the end I started to go broke. One of my friends who was the poker room manager at the Palms at the time offered me a job as a dealer, even though I had never dealt in a licensed room before. He was being a really good friend and was providing for me a real lifeline. But in the end I declined the offer for much the same reasons I now feel ambivalence regarding no longer having to play. I knew many dealers in Vegas and since a great number of them remain close friends to this day and are some of the best people I ever met, I do not intend what I am about to say as a slight. Most of the dealers I knew were once full time players and had come to Vegas originally for that reason. But not being able to make it as a player alone they turned to dealing, often telling themselves that it was only temporary and that they would soon return to playing. The number of them I knew to actually accomplish this and leave their profession in order to return to playing, I can probably count on a couple of fingers. It was a black hole from which most never returned and I did not want to enter that void. Some may consider all this to be rather silly as I ended up getting a "real" job anyway and saved up enough money to rebuild my bankroll. But perhaps it was the fact that a job such as dealing is close enough to the game that most never return to it. In this way being an agent is very similar in that it keeps me around the game of poker, but can also easily take me completely out of the loop as a player.

I do not wish to make it sound as if I have done nothing else but play poker all these years. I have had a few odd jobs here and there and certainly I have worked in the industry as a manager of live poker rooms. But whether it is dealing with politics of a live game in the third world or dealing with bosses who do not understand why they should not cap the rake at 25 big blinds, it almost seems as if working in the poker industry is a hazard for players that one should want to avoid. But truthfully the reason I have worked these jobs is simply because I have needed to. If it were the case that I could survive as a player alone all these years I would have done so. There was a time when playing was all that I did for a living and I do not hesitate to say that it was the coolest thing I ever did in my life. A very good friend of mine who still lives in Las Vegas used to say, and still does I'm sure, that those who win simply do not stop playing. If I ever stopped playing or took on a job, it was never because I wanted to but rather because relying on poker alone financially was no longer possible. Some of these jobs in the poker industry that I have held over the years I have enjoyed immensely and have had the chance to meet and work with some really great people. But still I admit that my biggest disappointment of my adult life is that I could not continue my career as a poker player.

I do not think that I would ever attempt again to be solely a player. Having a wife and two little kids it seems irresponsible for me to even entertain the thought. And yet I have set up a home office recently, got out the old laptop and hooked it up to a huge monitor and try to play 8 tables whenever I can. Setting aside the issue of what I do for a living I simply just want to play and perhaps prove to myself that I can still beat this game. Of course the parameters have changed drastically as for one I do not play live anymore and I also do not play hold'em, but rather 6-card omaha. Let's just be honest in saying that live games have been horrible in the past year in Phnom Penh, especially hold'em. And while I can think of one club online where hold'em games are still good, they can be far and few in between. About two years ago after the last poker room I managed in Sihanoukville closed down, I returned to Phnom Penh and decided to change my main game to Omaha. At first I played 4-card and did so while my best friend and I started our online poker agency. The agency grew and picked up some momentum and I was able to save some money. I did a couple of quick stints helping some friends run two different games in the small cities of Bavet and Kampot, but still continued to play. I even went back to Sihanoukville to become a house player for the WM Casino and did quite well. I was able to save even more money and while still running the agency, moved onto playing 5-card omaha and then eventually 6-card. And just as I was starting to feel as if I can really beat the game the Corona pandemic hit and the online poker industry blew up as players were forced to stay home. Due to this I have not had much time to play these past few months as the agency simply requires too much time, but still I have managed to sneak in a few hands here and there and am now approaching 100K hands in 6-card omaha. With my win rate sufficiently and continually moving upward, I have decided to play on and try to increase my volume going forward.

So as I mentioned I set up a home office, not only to work on the agency, but also be able to play and increase my volume. Here are my results the last couple of days and for the month of May thus far:

One can easily look at these results and wonder why I am still playing so low if I am beating the game. The answer to that is simply that I did attempt to play higher and my results were not as good. In fact at blinds of $0.60-$1.20 USD at 6-card omaha I did quite poorly and decided it was a better idea to step back down and continue to win while I try to learn more aspects of the game. And 2,481 hands in a half month is not a terrible amount, but it is enough for me to consider myself on the right track and that I should continue on playing. I am going to start a Twitch stream soon to make my playing sessions public. One reason for this is to promote my online agency of course, but perhaps also to keep myself more accountable. Any poker player will tell you that stability is often a difficult thing to achieve in this sort of lifestyle. That having been said, I think it would help immensely if I had a set time I had to play every day with others expecting the same.

In anything I write I always struggle with the concluding paragraph, which is where I find myself currently in this writing. So I will just end things by saying that at the end of the day, I want to be considered a player above anything else. Whatever success I have as an online poker agent should really be a byproduct of the fact that I understand other players because I am one myself. Not every game is good, not every club soft and not all rakeback deals are created equal. It is my hope that I can navigate players that have entrusted me to be their agent through this terrain to put them in the best position possible, as I would want for myself. I do not always succeed at this I admit, but neither does anyone else. I just hope I am a little better at it.