The New Face of Online Poker? 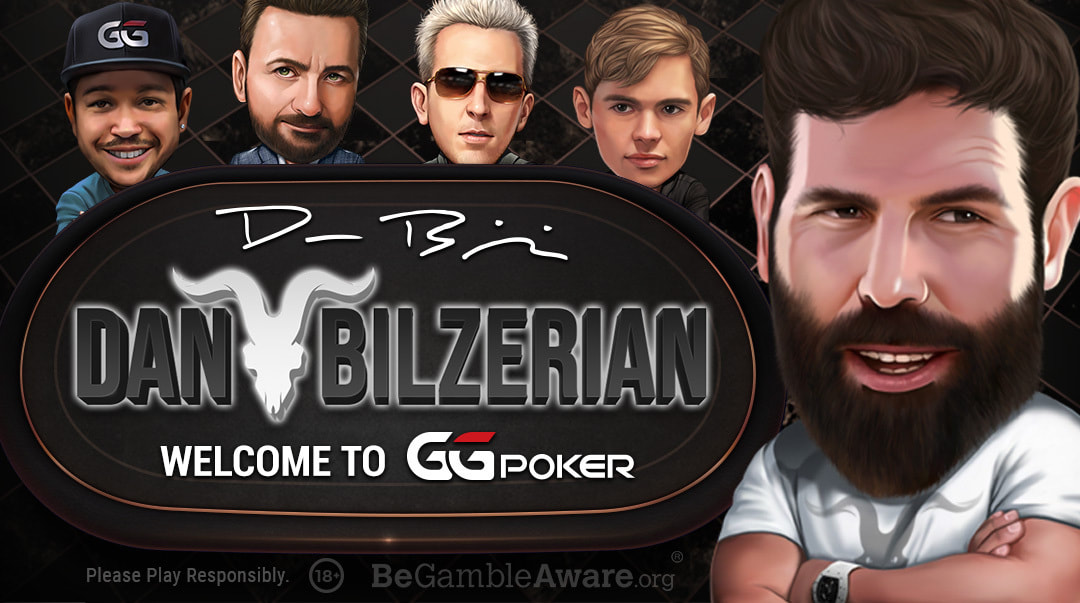 News broke a couple of days ago that the GG Poker Network had decided to bring on the notorious Dan Bilzerian as their new ambassador for online poker. Those of you who are active on social media should be no stranger to Bilzerian whose antics with women, degeneracy and firearms has made him a polarizing figure in today's pop culture.; there is no middle ground as most either love him or hate him. And this is largely what GG is counting on as on one side he is massively popular with their core male audience who idolize his lavish lifestyle filled with beautiful women. But the decision has thus proven to be massively unpopular with female players and women in general. And while GG is betting on the notion that those who approve of this decision far outweigh the detractors, this may yet prove to be another short term gain that may have more negative effects on the game of poker in the long run.

Allow me to begin by stating that I do not oppose this decision by GG. As a conservative and a capitalist I do not consider corporate entities the same as individuals and thus do not expectations that they behave "morally" as long as they act within the bounds of the law. In the end they should be able to make whatever decision they choose that will help their bottom line. And that it definitely will as there can be no doubt that sex sells as proven by the massive popularity of Bilzerian on social media. I would have to be a hypocrite to oppose this move as I have employed a similar marketing tactic in the past and still do to this present day to a certain extent. I live in an area where the sexual aspect of the nightlife is a huge attraction among male players and I have used it to its full capacity to bring many to the country and also push forward my own brand. But unlike an online network, my audience was limited and confined to a physical locale for the majority of my time here in Southeast Asia. The number of male visitors to the Kingdom far outweigh that of females and this is even more the case when considering poker players. I was looking at one audience only and knew that the minority I might offend was far outnumbered by those who might be attracted to what I had to sell.

I am certain that GG has had similar considerations when coming to their decision to hire Bilzerian. There is no doubt that the majority of their clientele is male and that most of them would not be offended by such a decision. And even if a considerable number of males were to disagree with it, forming a bigger faction with women who most certainly would be offended, they have most likely concluded that not enough of them would leave due to their current offerings in terms of the World Series of Poker. It can be best summed up perhaps by the movie Fight Club in which Edward Norton's character explains how a decision is made to recall certain cars after a major malfunction:

If this is in fact their reasoning, it is one I happen to agree with. Knowing many poker players myself, this decision will prove to be a popular one with a largely male playing audience. And in the worst case scenario most will prove to be indifferent meaning that they do not stand to lose what is the core of their paying clientele. Once again I reiterate that I do not think morality should play a role in this decision as their responsibility is to their shareholders and to grow their bottom line. If it is GG's belief that this decision will move their company towards this end, they should be left alone to do so. And I think that those who oppose this decision have to realize that victory does not only come in the form of forcing GG to reverse their decision. Many female players, and those amongst the male playing population that support them, have flocked to social media and have filled the pages of Twitter and the like to voice their displeasure of this hiring. If enough momentum is developed on this side, it may very well lead to a competing platform to hire their own ambassador, one that does not offend the audience in question but rather courts them. In a free society and market the end goal should not be to force any entity into a decision, but rather to have the ability to freely voice opposition and to develop choices and options for who we can do business with.

GG has an audience that is wide, varied and certainly exists on a global level. And while they have to concern themselves with potentially offending any segment of that audience with every decision, it seems that they have still concluded that Bilzerian's hiring will prove to be a positive decision for their interests moving forward. In the end those who try and force corporations to behave morally will find such to be a futile endeavor. Individuals must ultimately also consider their own bottom line and decide whether to abstain from a certain business on moral grounds. For those who play the game recreationally and for fun, there is less of a bottom line to consider and it may be easier to stand on a higher plain. But for those who play the game for income, choices of where one can make money are becoming less in number and thus the choice becomes more difficult. And one's location may also come into play as not every platform is available in all areas. I once made a public decision to no longer play in a certain Vegas poker room due to their treatment of their staff. But my decision was easy in that I had over 50 other rooms to choose from on a daily basis. But if one lives in an area without physical card rooms or in a country where only one or a few sites are available, I think it would be unfair to criticize those who may struggle with any decision to abstain over moral grounds. In fact it is very difficult to discern what exactly is "moral" in that issues are rarely so clear cut nor are they black and white. It may be easy for us from Western and developed countries to consider options such as being able to abstain from certain businesses and corporations. But for those in areas or life situations where such choices are not afforded to them the issue is much more grey. If any one group wishes to exert their own sense of what is right and wrong over others, it may rob some of any choice altogether and end up stifling the very persons that such a group sought to foster and nurture in the first place.

Speaking from a personal standpoint I do hope that the female segment of the playing population does grow as the game of poker moves forward. For the most part my experiences with female players has been positive, both on and off the felt. I recently had the privilege of serving as co-host for a podcast that is hosted by two women and I came away from the experience thinking how different the interaction was from my normal ones with male players. I have met many great friends on the poker table over the years, but generally speaking spending 8-10 hours on a poker table with 8-9 other players is not an experience I would wish on my own worst enemy. In an era of the game in which its popularity is declining and there is less of an influx of new players, I often feel as if we are being left with the worst of what remains. I do not mean to generalize towards either sex, but the standard douchey behavior I experience on most live tables appear to be absent when playing with a female crowd. I am sure that women are just as capable of acting like jerks on the felt, but perhaps the absence of this behavior has much to do with the fact that the game is not as popular with this segment and that they are not as familiar with such antics. But no matter the reason, if there is a new segment of the population that has a desire to play they should certainly be encouraged to do so as the game badly needs and injection of new life. The current player base should go out of their way to help foster growth in this segment, not because they are women, but rather simply because they are new.

The decision to hire Dan Bilzerian is a bit of a gamble for the GG Network. Imagine if you will a woman winning this year's Main Event of the WSOP online, which at least in part is being held on GG's platform. The decision to use Bilzerian as an ambassador at that point might look very foolish and at the least very awkward. And even if that does not prove to be the case, their decision still seems very short sighted. A woman winning the Main Event would go a long way towards propelling the game into the future and perhaps even starting a second boom, having an impact similar to the Moneymaker effect of 2003. Back in 2009 when both Elizabeth Hille and Gaelle Bauman made deep runs in the Main Event, I thought to myself how great it would be for the game should one of them win. I understand the reasoning of what GG did, thinking that a player known to surround himself with beautiful young women and plays poker would do much to promote the game. And while this decision may not result in enough of the current player base leaving GG, it may serve to alienate future players in the female playing population should that segment continue to grow in numbers. A woman winning and succeeding in the game would stand to attract not only future female players but would also go a long way towards growing the male population of players as well.