The Myth of the Live Pro 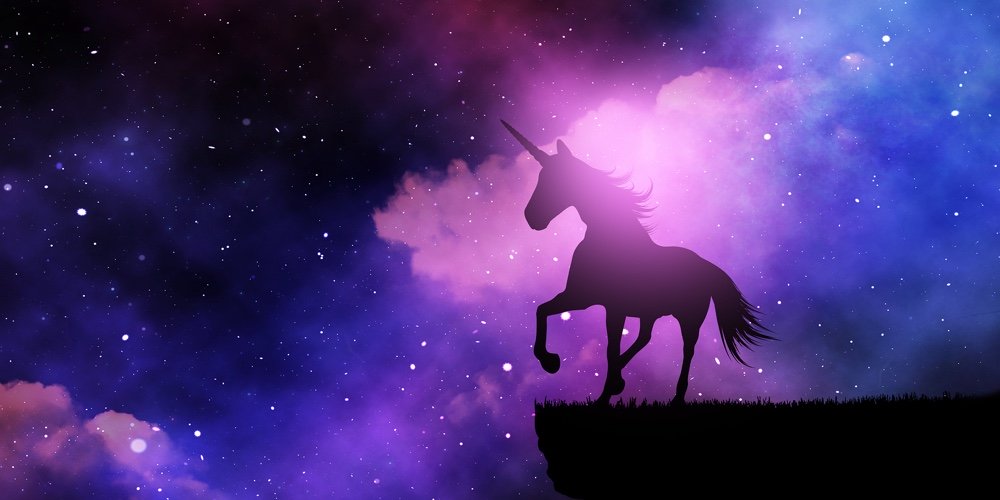 When I lived in Las Vegas many years ago I had a prop bet with a friend and fellow poker player. I forget the exact parameters of the prop but I do remember that I had to play on average of 6 hours of $1-$2 no limit hold'em per day, 6 days per week for 1 month. And after having done this I needed to finish with an hourly win rate of $30 or higher. It did not take long before I quit and bought myself out of the bet as I realized that the likelihood of accomplishing this was very remote. The truth is I did not play a lot of $1-$2 in Los Angeles, where I first began playing poker, nor in the first few years that I lived in Vegas. It is a game that I only played as I started going broke and basically could not afford to play any higher. When I did actually play poker for a living and did not incur an income from any other source, I played mostly $2-$5 NLH and even that I had to supplement with several hours of online play weekly. I do not currently play for a living as I make enough from my online poker agency. But I have played this game long enough and have known enough players over the last two decades to realize one simple truth, the notion of the live pro is largely a myth. Of course I am not speaking of those who have big enough bankrolls to play high and nosebleed stakes, but rather what most of the readers of this post are familiar with in terms of live poker. When considering games such as $1-$1, $1-$2(3) and $2-$5 and especially a scene like the one we have here in Cambodia, there are several factors that make playing live poker for a living nearly impossible.

The first factor is one that I have already written about several times on this site and that is the issue of rake. While casual players do not generally concern themselves over this topic, for those that play for a living it is of paramount importance. Since we are mainly focused with the scene here in Cambodia, let us consider a typical $1-$3 NLH game. For most poker rooms, whether inside of a casino or otherwise, it is generally not worth the effort of running a game unless it takes in rake at least $100 per hour. In fact a "typical" game will take about $110/hour assuming the dealers are at least semi-competent. In the case of my aforementioned prop bet I had to play 6 hours daily, 36 hours per week, 152 hours per month and 1,872 hours in a 12 month year. Knowing what we do about the rake in a $1-$2 or $1-$3 game, let us consider just exactly how much that costs a regular player:

From the above we can see that for anyone planning to play regularly, they face the daunting task of having pay over $20K per year and nearly $2K every month before they can start turning a profit. Throw on top of all this the cost of travel, eating, bad beat drops and tips and the task becomes that much more difficult. Personally my own win rate at $1-$2 and $1-$3 games has hovered around the $15/hour mark throughout my playing career. Assuming that I played 40 hours per week that means that I made about $2,600 per month on average. I can speak with great confidence that such an amount is not enough to live on in a city like Las Vegas. It certainly is possible but the lifestyle for such an amount is not one that I would wish on anyone. The weight of such an amount gets much bigger in a place like Cambodia obviously, but even in a third world country I would contend that it is not enough. I made about $16 per hour playing at Nagaworld my first couple of years in Cambodia as they easily have the best hold'em game in town, and that was great while I was single and was still making my way around getting to know the country. But as I have stayed here longer and had a family, developed friends and a larger lifestyle in general, how far such an amount took me shortened considerably.

Up to this point we have only discussed $1-$2 and $1-$3 so one can easily think then that the solution would be to play higher. I would contend that in a city like Las Vegas playing $2-$5 live is where one can start the discussion of playing for a living. The matter is a bit more difficult in a city like Los Angeles where the cost of living is much higher. Turning our attention back to Cambodia, poker players may seek to play higher but the issue of rake once again rears its ugly head. In Las Vegas players are rewarded for playing higher as the rake for $1-$2 and $2-$5 are exactly the same. In fact, games of $5-$10 and higher are even better as they charge only time rake and take a fixed amount from each player every 30 minutes. But of course the exact opposite is true here in Asia as players are punished with higher rake caps as the game escalates. The casino here in Phnom Penh is the only room to run a $2-$5 and $5-$10 game and while the caps do escalate, the rake burden does become better as one goes higher. But if one were to travel to a city like Sihanoukville and play similar games the situation becomes rather ridiculous as I have known rooms to charge as much as $75 for a $2-$5 game. There are some factors that can mitigate the cost as poker rooms are known to have more than a few promotions. Some rooms will offer free food, some form of rakeback and I have known others to even offer airfare and accommodations for those playing high enough. But it is usually the case that the more is offered the rake will be higher as well. Ironically enough, it is often the rooms that offer the least in terms promotions that are the most equitable.

The one "X" factor in this discussion is of course the game of pot limit omaha. The way this game is played it is often done so much bigger in relation to the blinds and the opportunity to make more money is certainly possible. In fact the live players that I have known throughout the years here in Cambodia that have had the most success were all omaha players. But of course this requires a much bigger bankroll and as I just finished a stint playing live $2-$5 PLO I needed someone to take a piece of my action in order to play in the game daily. But when playing a game like live PLO here in the Kingdom, players must then take into consideration another important factor, namely that of game selection. There is currently one live PLO game here in Phnom Penh, the aforementioned $2-$5 game at the Triple Seven Club. And while this game is fantastic, it is just one game and that raises a few issues. One is that it can be difficult to get a seat on a consistent basis and another is that one is playing basically the same 10 to 15 people that cycle in through the game on a daily basis. No matter how much a bad player punts, nearly all of them will get relatively better over time. The challenge of such a room is of course to keep the player base fresh and get as many new players as possible, a difficult feat for every room during these times. And while the situation becomes a bit better when playing no limit hold'em, we are still just talking about a totality of 4 tables, maybe a few more if we include the city of Sihanoukville 5 hours away. There are certainly times of the year when live games here in Phnom Penh are fantastic and a great number of pros have come through to take advantage. But they almost never stay, mostly leaving when the games stabilize or when the rainy season arrives. For us players who continually live here the challenge of playing live is quite different.

On a more personal note, the greatest challenge for myself playing live was the fact that I was hardly ever home. Whenever I would leave the house to go play live, my 2 year old daughter would often stand against the door in her attempt to not let me leave. I usually have my wife take her and I will give the both of them a kiss goodbye for a few hours. But the other week my youngest was so angry at my leaving that she refused my kiss goodbye. As a first time father it absolutely broke my heart and affected me profoundly. I often wondered how I would fare as a father seeing as how I do not have a great relationship with my own. It turns out that I have turned out to be just like him in every single way, save two things. I am absolutely certain that I could never lift my hand in anger at my wife or children so I am not really concerned with the first thing. But the other thing was that my father was just never around and while I have always admired his work ethic, his lack of presence in my formative years surely had a great and negative impact on my life. When I previously ran poker rooms before having children I always spoke of community, culture and how everyone in the poker room were part of a "family." And while I still love the people I have worked with dearly, that word "family" has taken on an entirely different meaning since I now have my own. As long as I can still win online and make money from my agency that is what I will continue to do. I am not a perfect father by any means, but the fact that I want to see my kids as much as I do hopefully means that I am on my way towards being a better one. 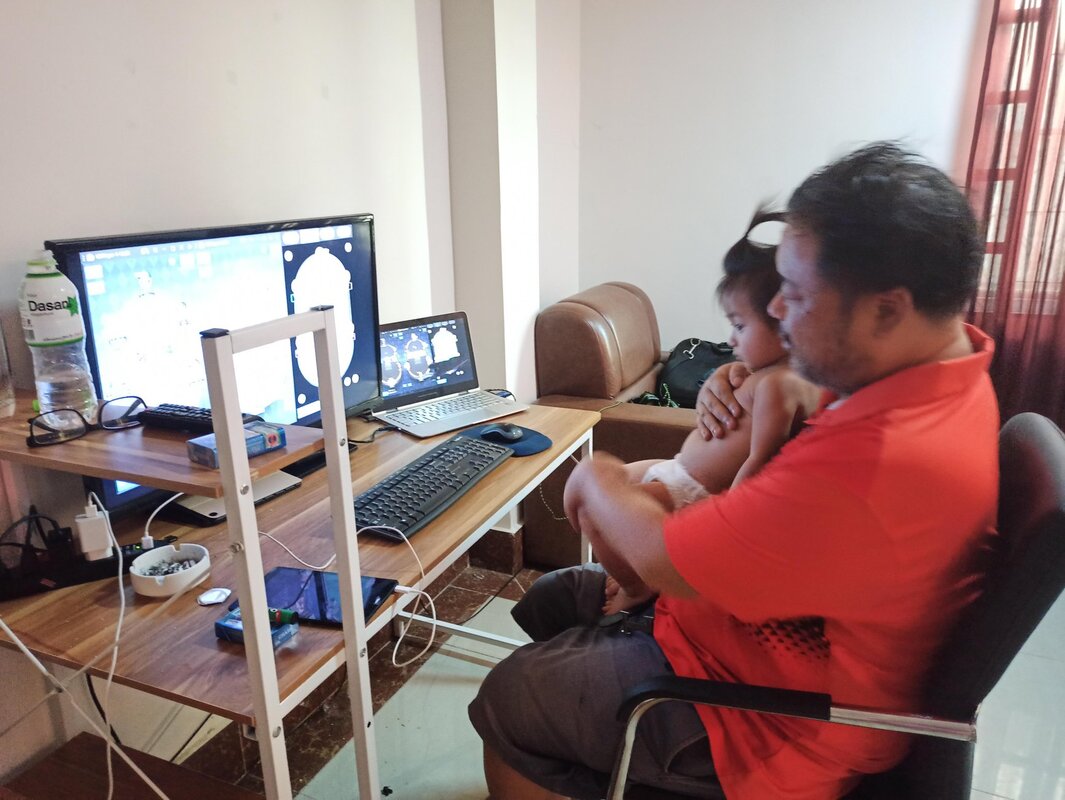 I have lived in Cambodia for 6 years now and have had the privilege of knowing many poker players and being associated with some great people and poker rooms. What I have noticed over the years is that most are passers by and those of us that end up staying for the long term are fewer in number. I write this in the hopes that it serves as a road map for those that want to play poker professionally, especially here in Cambodia. I already mentioned that most of the successful players I have known here are omaha players. One other important distinction that nearly all of them also have in common is that they play online. My advice to players would be to learn the game of omaha and even if they prefer not to, at least get a good agent that will give a high rakeback deal and offer many clubs to solve the issue of game selection. Having a number of the winning players in the country in my own agency, I can speak with great authority that it is no accident that nearly every player that has survived the entirety of the 6 years that I have lived in Cambodia play predominantly online. Most of the live rooms here in Phnom Penh are run by some good people and certainly deserve the support of the playing community. I have spoken previously in other blog posts how there is a synergy between live and online poker. And while I still believe this, I also believe that the latter should hold preeminence in both the player's mind and time.