I say only a few months because like a lot of live games in this country this one did not have a long shelf life.  But then a second distraction would come in the form of a new poker room opening up in the city of Sihanoukville.  Some people were set to open a lavish room with eleven tables and they needed someone to market the room to the poker players in the country.  I had done extensive marketing through social media of the rooms I had worked in and they were impressed with my efforts.  They asked if I could move back to the city and not only help with their marketing but also to serve as a house player with an hourly salary.  My confidence was higher in no limit hold’em after my stint in Kampot and while this was a higher game at $2-$5, it would be another soft field with mostly recreational Chinese players.  I absolutely crushed in this game and was the second most successful among the stable of house players. 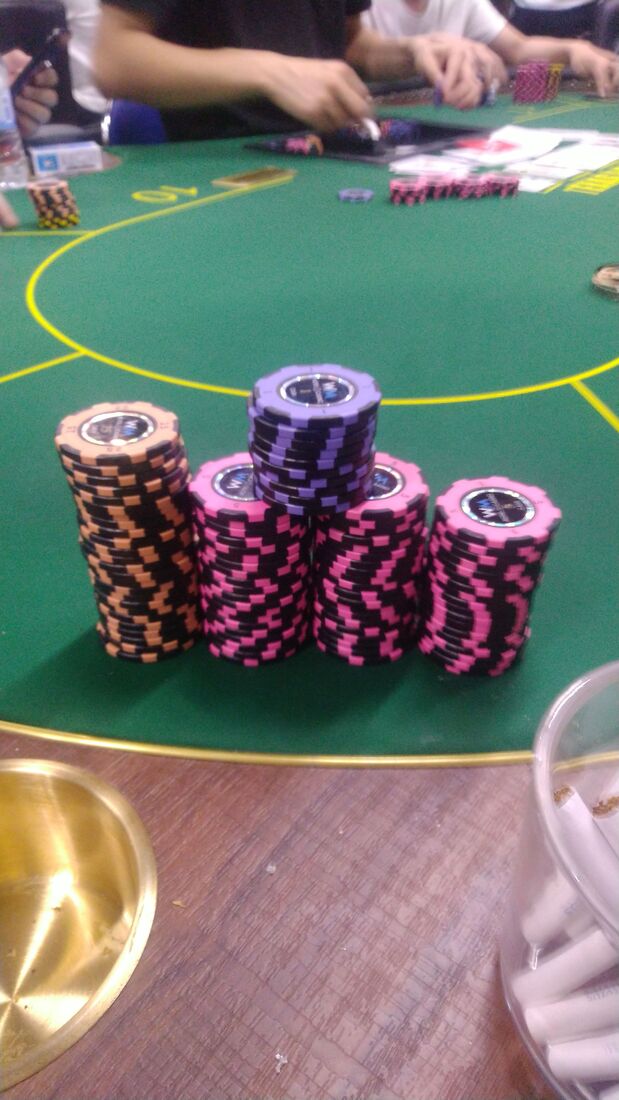 I was able to set some more aside and even send some back each week to the family who had stayed behind in Kampot.  But once again the situation in Sihanoukville did not last long, the parameters of the deal changed and I decided to leave and head back to Phnom Penh with the family as the game in Kampot was over as well.  With what had happened to both rooms I was more convinced than ever before that live poker would not be the appropriate route and I was more convinced to resume my PLO journey online.

One thing did change though once I returned to Phnom Penh, namely that I was not as sure about PLO4.  There were other no limit hold’em players that were converting over, the games were a bit more reg filled than I originally thought and more of the action seemed to be on PLO5 games.  So I made the decision to switch again to a similar game, but with one more card that would make a world of difference.  I was surprised to see good results immediately in PLO5 as something with the extra card seemed to agree with me.  I was able to maintain a certain level of success and I even received a staking offer from someone who was monitoring my progress as I was posting about it on social media quite often.  I initially did well on the stake and was able to move up in blinds a couple of times.  But then the app I was playing on made the decision to open up PLO6 tables and much of the action on PLO5 dried up as many of the whales and fish preferred a game with even more cards.  I was forced to switch games once again, this time during the stake and my results this time around were quite erratic.  There were weeks I did well and others during which I did quite poorly.  It all culminated on one weekend when I lost a considerable number of buy-ins.  My benefactor offered to continue the stake as he was confident I would bounce back.  But I thought to myself that it might take some time to get comfortable in the game and decided that it was more appropriate to return to playing on my own money.  Certainly continuing the stake would have provided me with a safety net, but I felt that it was a bit disingenuous towards my staker.  Two things would happen at this point that would really help me survive and push through.  The first was that my best friend Thomas agreed to a $6K loan to help me grow the online agency and also to provide monetary support while I tried to progress in PLO6.  The second event was that a new poker app was introduced in the form of PokerBros, one that would prove to be very popular with players and help grow my agency immensely.  Here is where I would love to say that I crushed PLO6 from the beginning and it was solely due to my play that I was able to rise up from the ashes.  But seldom do any player’s story go this way and in truth most of us need some help along the way.  For myself it came in the form of the growth of my online agency and I cannot emphasize enough at this point how important a source of actual income was to this process.  With growth in the agency and a level of security that I had not enjoyed in a while, I was able to learn the game at a reasonable pace and play with more confidence without a worry of risk of ruin with every big pot.  The new financial stability in my life did wonders for my game and it showed in my results.  The better my  results the more I would play and my bankroll was the beneficiary.  As I was playing in a club I was agenting for I was able to give myself a generous rakeback and the fact that I was playing in a low rake club to begin with did not hurt either. 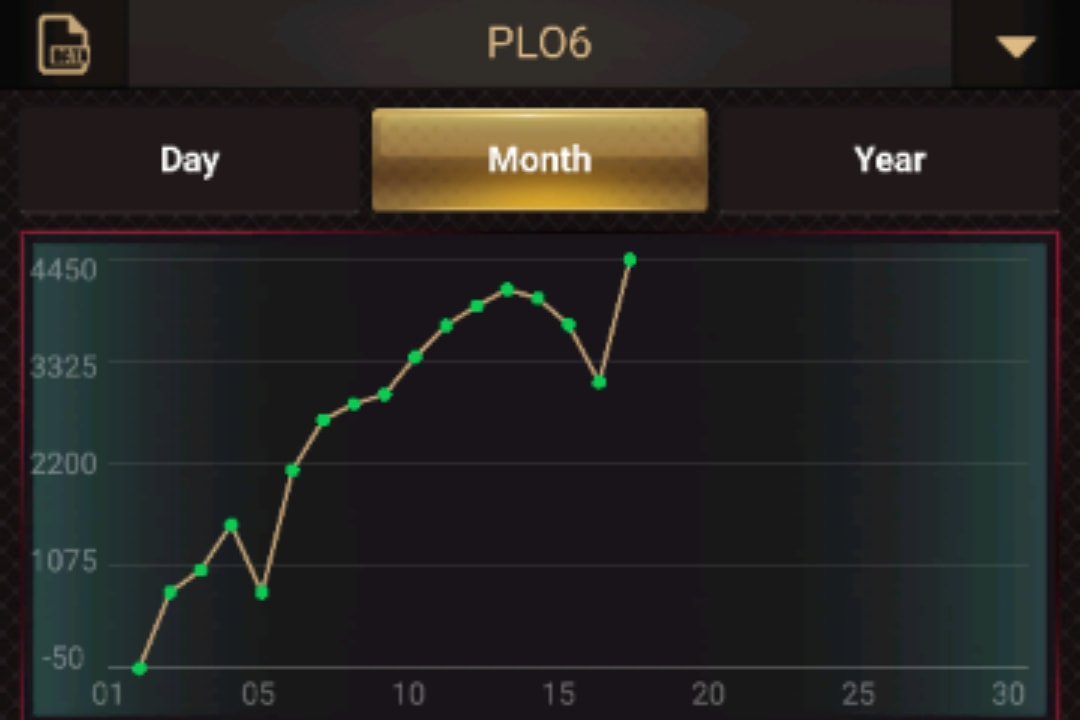 That was about one year ago from the time of this writing and I currently play $100 and $200 PLO6 and sometimes I take shots at $400.  I have paid everyone back, save one person, who I just made arrangements with today on a payment schedule to begin next month.  I was even able to pay back the $6K loan my best friend gave me, something that he admits that he never expected to see again.  I am not sure that I would recommend to others the route that I chose, but I can say through all this that perseverance does pay off with enough dedication.  I have worked harder in these past two years than I ever have and it has easily been the most difficult period of my life.  I often forget that all of this happened while my family was growing in number and my first child was being introduced into this world.  If nothing else perhaps my story can serve as inspiration and as a model for other players who might be struggling in their own poker journey or more specifically having a difficult time with no limit hold’em.  Some decisions I made were rightly questioned, it was certainly a struggle and I definitely got lucky in more than a few instances.  But then again I do not believe in such a thing as luck as it is really just a byproduct of hard work.