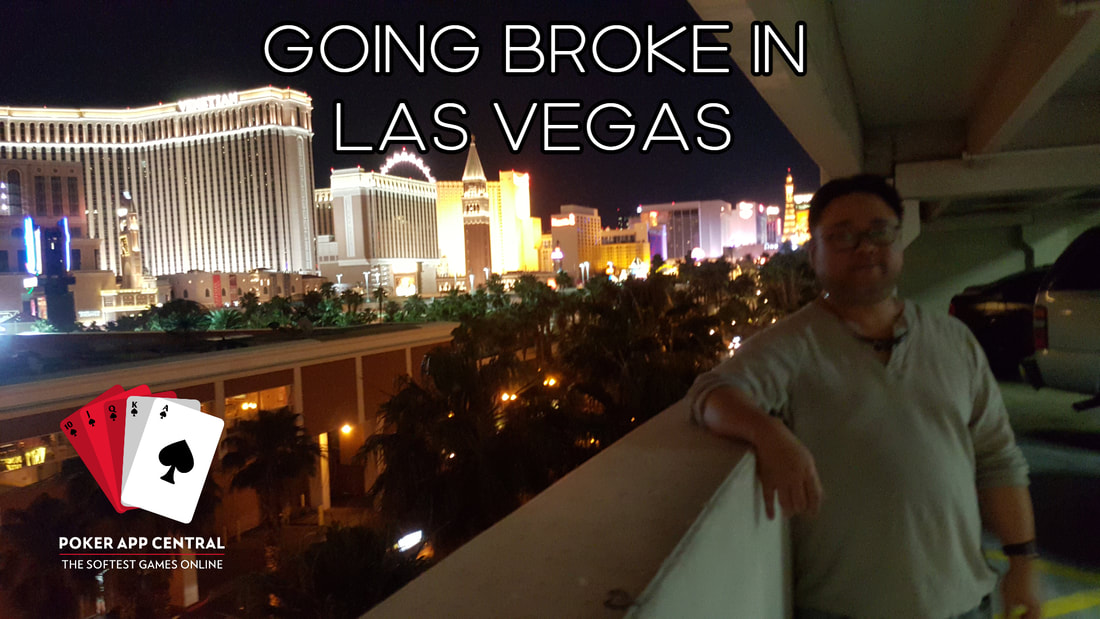 It is often said that every poker player will go broke at some point.  This sentiment is taken for granted to such an extent that it is often said as a given without further discussion.  I find the statement to be a stereotype based on a general truth for not every single player has gone broke in their playing careers.  I also find it interesting that this is often said by those who do not play for a living and have never gone broke playing, often to console those who do and have.  As someone who has gone broke during my career, I can emphatically state that this is not something to be taken for granted and something that definitely requires further discussion.  While I appreciate my past friends who expressed this idea to me in an attempt to make me feel better, I doubt that the impact of such an experience is something they can truly grasp.  That having been said, the purpose of this blog post is to give a sort of non-playbook, a list of things not to do in one's poker playing life.

BACKGROUND AND CONTEXT
I lived and played poker in the city of Las Vegas for five years.  This was the culmination of a dream, one that most players in the States have.  I spent a total of five years there and while the first three years were great, things would come to a crashing halt during the final two years.  My success during the initial stage of my play in Sin City can be attributed to one simple concept, volume.  I was a new player in town and did not really know anyone nor have any friends.  I spent most of my free time either in a casino playing live or sat in front of my computer multi-tabling cash games online.  It was not uncommon for me to put in a sixty hour week across both live and online.  I played $2-$5 NLH live and while there were not many promotions to take advantage of at that blind level, the rake was low enough that such was not necessary.  Most that play at this level and above will tell you that for the most part they prefer low rake with no promotions rather than having promotions with an extra rake that they cannot beat.  Online was a different story of course as there are promotions in the form of rakeback, without an extra drop.  I was able to grind lower at $100 NLH as I played up to twelve tables and made enough in rakeback to compliment my winnings.  Although unconventional, my days and nights would have a set routine.  I would wake up nightly around 8:30 PM at which point I would watch TV for a couple of hours to give myself time to wake up.  I would then shower and head out to the casino to eat; nothing fancy as I usually just grabbed something from the food court.  I would probably enter the poker room of whatever casino I was playing in that night around midnight.  I would then play until about 6:00 AM at which point I would head to the local Mimi's Cafe for breakfast before going home to play online.  I would play online until about 1:00 PM, go to sleep and then repeat the whole process all over again.  My life was certainly not exciting and nothing like the Sin City ads one would see on television.  But if nothing else it was effective in bringing routine and structure to my life, one that was optimal for playing poker and winning.

THE DREADED "F" WORD
As much as I played live in various casinos throughout the strip, I eventually became familiar with various staff members such as dealers and floor managers.  While I also did meet other players on the table, players at $2-$5 and above are not exactly the friendliest people on earth.  As I was a good tipper I became friendly with many dealers and managers and by my third year in the city they comprised the majority of my friend's network.  Having a burgeoning social life certainly did cut into my poker time, but truthfully I was glad to make what I thought at the time were a few sacrifices after basically being a loner for three years.  The first aspect of my life to suffer was of course my time playing poker online.  It certainly was not going to be live poker as that was where I got to see my new friends after all.  This meant that I now had to make the entirety of my livelihood from playing $2-$5 NLH live, which proved to be a very difficult task.  In the end the math just did not add up as I was faced with a situation in which I had to increase my win rate in the same amount of time to compensate for what I was not winning from playing online.  And the situation only got worse as many of my new friends often wanted to play poker when we socialized but could not afford to play $2-$5 on a daily basis.  While at times we were able to play in a room that had both $1-$2 and $2-$5 and I would simply just sit at another table, the truth is very few rooms in Vegas had both games at that time.  In fact I can recount only five rooms at the time having both games:

Caesar's had a $2-$5 game when I initially came to town, but it was a game they could not sustain as they changed the business model for their room and their customers would go elsewhere.  There were two other casinos off strip that catered to locals that offered $2-$5 NLH, namely Red Rock and Green Valley Ranch.  But as they were locals' casinos the quality of the games could not match those on the strip.  So if my friends and I ended up playing in any other room besides those listed above, which was most of the time, it meant that I had to play $1-$2 and now faced a situation where I had to win more money playing a smaller game.

TIPPING DEALERS
As I mentioned earlier I was a very good tipper during my time in Vegas.  America of course has a tipping culture at large and when I was growing up in Los Angeles it was very typical to tip 15%-20% when dining out.  As this mentality looms much larger in a city like Vegas, 20%-25% was more typical for meals out in Sin City.  But restaurants were not the only establishments in which many players felt compelled to tip.  To valet one's car was anywhere from $1 to $5 and of course this mentality applied to the poker tables as well.  First of all I tipped at least $1 on every pot that I won.  But it was common for me to tip more should the pot be bigger.  Dealers were not unfamiliar with getting $10 to $15 tokes from me whenever they pushed a pot to me larger than $1K.  While this may seem egregious there are even worse examples.  I would often tip on a chopped pot and in the most extreme cases would throw the dealer my small blind should I chop with the big.  On a losing night I might be down $1K but still have tipped out the dealers $65-$75 throughout my session.  My thinking on the practice of tipping has changed over the years and it is one of the reasons I do not play live anymore.  It could be argued that I can still play live and just simply not tip.  But the following paragraph will illustrate why that was so difficult to do.

When I first arrived in Cambodia back in 2014 and played in the casino, tipping was a not a common practice.  So when I returned to Vegas after a year and sat at a table at the Mirage, my mind was still in that mode and I had forgotten completely about the tipping culture.  The first three pots that I won I did not throw any of the dealers a single chip.  By the fourth pot the same dealer that was in the box when I first sat down returned and he gave me such a glaring look that I felt compelled to tip him something.  I felt his hatred so much that I threw him a redbird (a $5 chip) and actually told him that I had just arrived from Southeast Asia and had forgotten about the whole tipping practice.  As many of my friends were dealers I often had the opportunity to hear them voice their opinions about players who did not tip.  Simply put, such players were absolutely hated and this was not something that was hidden all that well on the table as they dealt.  I had one friend who was a dealer at the South Point Poker Room and whenever he got a tip he would take the chip, bang it as hard as he could on the top of the card shuffler then say "Thank you!" in the most sarcastic voice possible while looking at another player on the table who was not tipping him.  And if anyone reading this has ever belonged to a poker Facebook group inhabited by dealers, this issue comes up quite often and they are usually not shy about voicing their opinions.

None of this is to disparage my friends who were dealers at the time as I still keep in contact with many of them and still consider them good friends.  But this can be a contentious topic, even among friends.  I once posted about this issue many years back on a blog I use to write for a local Vegas poker site and it received many heated reactions.  One friend even posted that the reason I went broke was not because I tipped too much, insinuating that it was a result of my poor play.  There is a lot of truth to that statement of course and I will address that later in this blog.  But it still did not take anything away from the point I was trying to make, namely that a player cannot be giving away 15 big blinds a night, on every night and hope to win anything significant enough to provide a living.  I certainly understand their point as we are talking about their livelihood and they are merely trying to protect it.  In the end this is a battle of competing interests as someone playing for a living has their own expenses to consider and cannot worry themselves with whether or not the dealer is being tipped enough.  Of course the casino could solve this issue by simply paying their dealers more.  But in truth with what some of these dealers are used to making, if the casino had to cover that themselves poker rooms would be rendered unprofitable to the point that most would have to close down.  The few times that I do play live in a casino these days I will not tip.  But I tell myself that there are still enough recreational players and tourists who do tip the dealers.  But then again tipping, or the lack thereof, is a contagious thing and if someone new on the table sees others not sending tokes the dealer's way they will often follow suit.  Personally speaking, this issue for me represents for me a big enough conundrum that it contributes to why I simply do not play live anymore.

Stay tuned for the second part