It has already been an unbelievable start to 2021 for Lukas Robinson. But the man known as RobinPoker completed an incredible achievement this week, breaking a Twitch poker streaming record. The young British poker player broke Arle Shaban's 2018 record, successfully streaming 1,000 hours’ worth of poker in just 100 days. 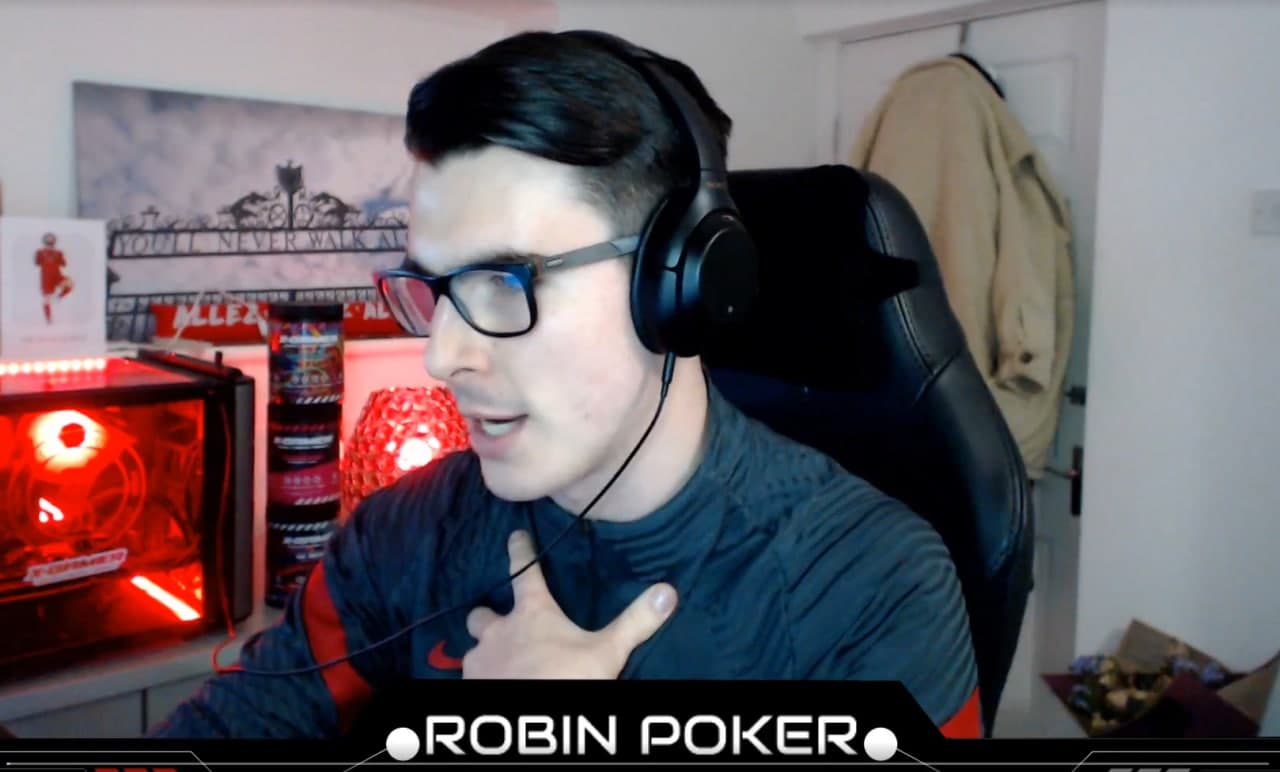 Who is Lukas Robinson?

If you play at the online poker tables, you might know 23 year old Lukas Robinson better as RobinPoker. The young pro is originally from Liverpool in the UK, but is now based in the Isle of Man. Lukas knew at just 11 years old that his goal was to be a "top poker player". And he seems well on course to achieve that, as 2021 is proving something of a breakout year for young RobinPoker.

At the turn of the year, Robinson was working in a fish and chip shop. But he had been questioning his future for a long time already. In an interview with the Liverpool Echo, he said, "I just woke up one day and thought I’m sick of having a normal job and I want to do something I love".

So that's exactly what he did. Robinson quit his job and on January 4th, began the gruelling task ahead. He managed to stream an average of 10 hours per day on Twitch, with no session shorter than 7 hours and not a single day off.

The previous poker streaming record holder was Arle Shaban, who completed 1,000 hours in 125 days back in 2018. Robinson subsequently met Shaban in London, but was not exactly inspired. He said "I would love to do that, but it would just be impossible".

But the seed had obviously been planted in his mind and RobinPoker is already reaping the benefits of his remarkable achievement. Never mind the fact that his record breaking run netted him a profit of almost $24,000. He also gained a total of 8.5k followers on his Twitch stream and possibly his proudest achievement of all, he landed a place on the GGPoker Twitch Squad alongside the likes of GingePoker.

Lukas Robinson has finally achieved his dreams of playing poker professionally, thanks to his GGPoker deal. He told the Liverpool Echo, "I’ve got my sponsorship now and they’re basically paying me to play poker and they’re giving me free tickets to big events". But what does the future hold for the young Scouser?

RobinPoker continues to dream big. "I just want to become one of the biggest poker streamers in the UK and the world, that’s my ambition. I just want to keep doing what I love, because I really do love it. The goal would be to get in the hundred thousands or millions and to be admired as one of the best poker players in the world".

And who would bet against him achieving it?