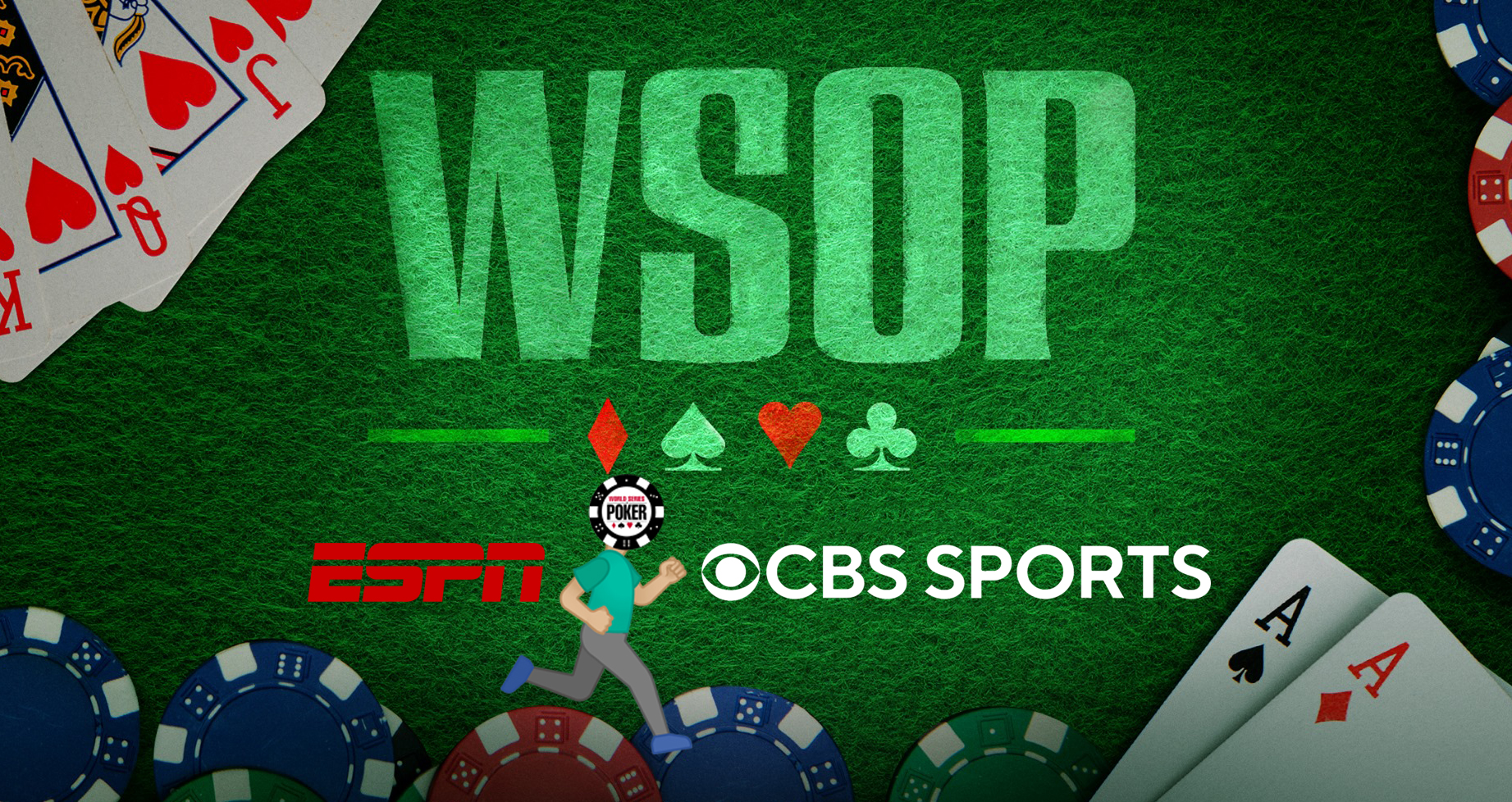 With the WSOP going online this year, it was clear that it would end up being streamed at one of the networks. PokerGO has just reached a deal with CBS Sports as the streamer, partnering with the sports network to become the exclusive broadcaster for the WSOP Main Event and various bracelet events too.

The deal comes at the delight of both WSOP and CBS. The sports network expressed the pleasure of signing the deal following past success with PokerGO. According to Vide President of Programming Dan Weinberg, the deal goes perfectly in line with the network’s strategy to combine best-in-class events with the CBS Sports brand.

Over 15 Hours of Main Event Streaming

The new partnership allows CBS Sports to stream over 15 hours of WSOP Main Event content. This will be paired with an additional 18 hours of Gold Bracelet events that will appeal to the wider poker audience. Once the full WSOP Main Event schedule is announced, more information is expected.

CBS Sports is a true pioneer in covering a wide range of championship sports. It offers direct television coverage of major baseball, American football, and basketball events, with a studio of seasoned experts. Adding WSOP to its line-up is a big deal and perfectly goes in line with the network’s strategy. Its growing media platform will certainly bring WSOP events closer to the public that includes a mix of pros and casual poker players.

The WSOP is one of the strongest poker brands globally. It has a high-profile roster, with even celebrities taking part in it. Starting in 2021, CBS Sports will be the exclusive home for these poker events, with a Paramount+ component also being discussed.

So far, the WSOP has been aired on ESPN since 1988. CBS Sports has some history with poker events, even though that was a long time ago. The sports network aired some coverage of the WSOP narrated by Jimmy the Greek. However, those were only bits and pieces – ESPN has been the home for exclusive poker events for a long time.

The End of an Era

With CBS taking the WSOP exclusive rights, it remains to be seen if the switch will be beneficial for the poker organization. ESPN’s reach is massive, with the CBS Sports Network nowhere in the vicinity. However, the company recently announced the Paramount+ streaming component for which there’s too little detail at the time. Experts believe that it will feature heavily when it comes to the new WSOP deal, and that may expand the network’s reach.

With the latest move, CBS Sports has announced its intention of getting a piece of ESPN’s cake. With the WSOP summer event coming soon, we’re excited to see how things turn out.